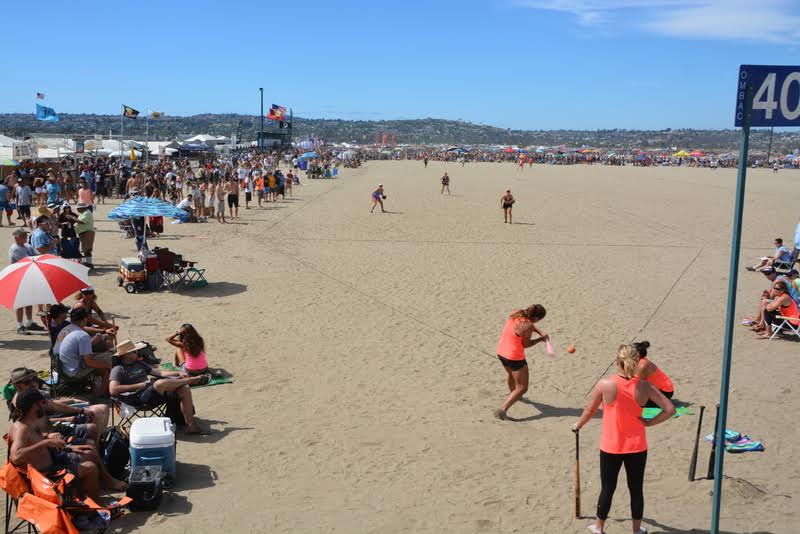 It’s almost time for one of San Diego’s most memorable beachside summer traditions. The annual Over-The-Line (OTL) Tournament is set to begin July 8 at Fiesta Island in Mission Bay. For over 60 years, San Diegans have delighted in taking part in this softball-like game as a true part of Southern California history.

The rules of the game are relatively simple: 3-person teams compete against each other in a ball game played on sand. Runs are counted after the first three hits a team makes in an inning and the team with the most runs wins after three innings. “Over-The-Line” refers to “The Line” that hits must make it across to score, and where opposing teams attempt to catch hits.

The Old Mission Bay Athletic Club (OMBAC)’s OTL tournament has been a San Diego tradition for decades. Come out to enjoy the tournament on both weekends (July 8-9 and July 15-16) as well as the beer garden and the fantastic San Diego summer weather!