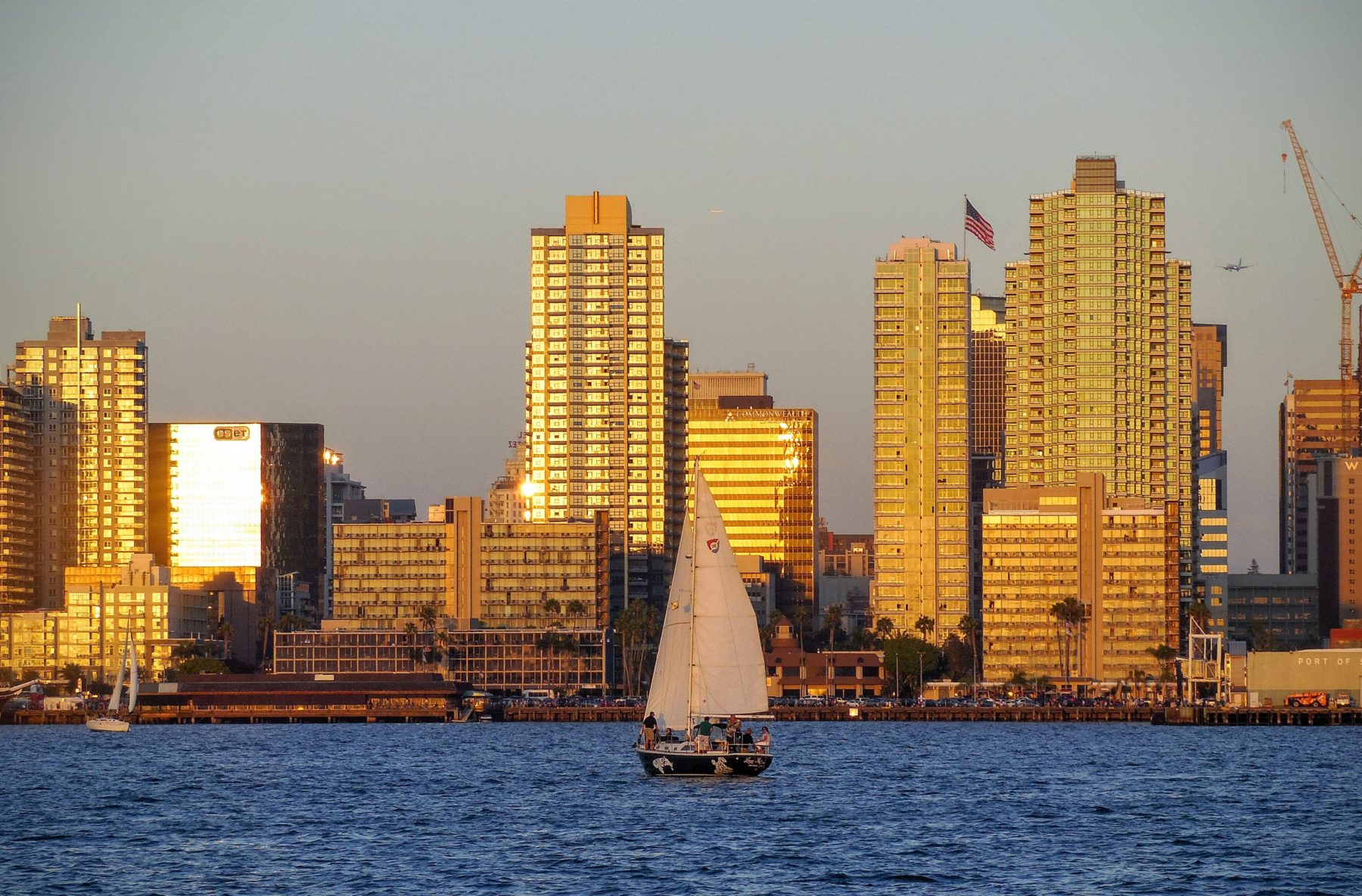 The bay is a mostly natural harbor which is 12 miles long and 1 to 3 miles wide and is the third largest of the three natural bays in California. As one of the best natural harbors on the west coast it was colonized by Spain starting around 1769. Later it served as base headquarters for major ships of the U.S. Navy until the outbreak of World War II, San Diego Bay retains its naval presence and today is the only remaining major naval base still operating in the State of California.

At one time Mission Bay and the Big Bay were one body of water fed by the San Diego river with Point Loma more like and island. Over time the river would often change course, sometimes flowing into Mission Bay and in times of flooding would run into San Diego Bay. With the fear of San Diego Bay being filled with sediment from the river jetties were constructed to control the rivers path to the sea. Further projects were constructed like Zuniga Jetty to prevent sand from entering the mouth of the bay and dredging to deepen shallow areas along the shoreline. With the completion of these projects San Diego Bay remains a deepwater port that will be enjoyed for generations to come.