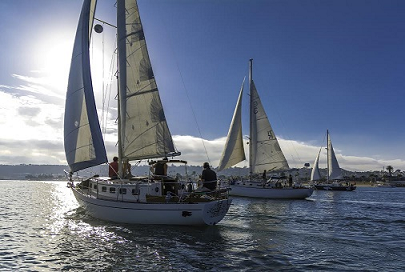 It’s about to be that exciting time of year again, when San Diego is flooded with the worlds comic fans! Comic-Con International: San Diego 2016 is soon to begin and the city is alive with anticipation. Wednesday, July 20 will kick things off with a preview night with all regular events starting Thursday, July 21 and ending Sunday, July 24.

This unique and special event started in March of 1970 when a small group of comic, movie and sci-fi fans joined together to form southern California’s  first comic convention! The San Diego’s Golden State Comic-Minicon, as it was called, was held at the US Grant Hotel in downtown San Diego and was attended by approximately 100 diehard fans. All the interest fueled by the minicon led to the first three day event in August of that same year, called San Diego’s Golden State Comic-Con. The groundbreaking event packed the US Grant Hotel basement with more than 300 attendees and became the blueprint for all future comic book conventions. 1972 brought a new name, The San Diego’s West Coast Comic Convention, before officially becoming San Diego Comic-Con (SDCC) in 1973. In 1995 the nonprofit made one more change to the name we recognize today, Comic-Con International: San Diego.

Recent years have boasted more than 130,000 people attending the more than 700 separate scheduled events aimed to entertain and educate both the hardcore comic fan as well as the naivest. Most events require the showing of a paid badge to enter, however there will be many free outdoor events that will be open to the general public. The participants themselves are part of the show, as many come adorned in the costumes of their favorite comic or sci-fi characters. So whether you are a ticket holder or not, bring the family downtown for Comic-Con. They’ll be entertained and you’ll be a big hit.

Have a safe and happy weekend!!