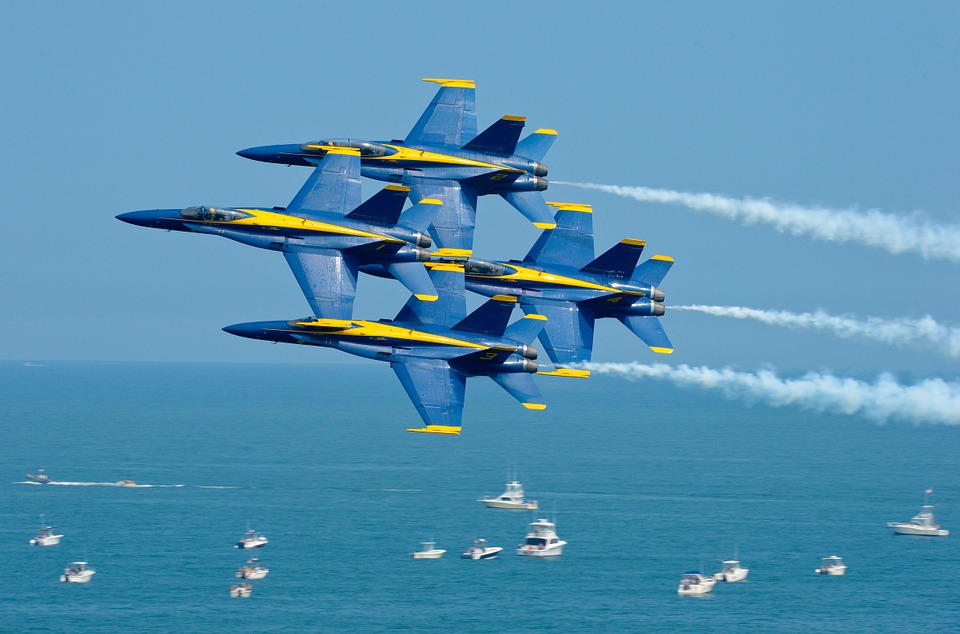 It’s not too late to catch the nation’s largest military air show that’s going on this weekend. Each year, thousands of people gather in Miramar to watch the exhilarating aviation displays. The best view is at the Marine Corp Base in Miramar just off “The 15.” General Admittance is free, however, there are tickets available for the grandstands and special seating.

Performances will be displayed from both military and civilian performers. Recognized military groups such as the U.S.  Navy Blue Angels and the U.S. Army Golden Knights will make incredible aerial acrobatics and tasking nearly impossible challenges like passing a baton while flying 120 mph. Military planes of classic fashion and newer models will go into action to show everything America has been proud of and continues to today.

Civilian performances will be held by professionals who have all accumulated experience with decades of air shows. You can expect to see Sean D. Tucker, who has flown more than 1,200 performances since the mid-70’s. Also, there will be Anthony Oshinuga, a competitive local airman who became the first African American to earn podium finish at the Reno National Championship Air Race. Following up will be several more performers throughout the day, including paragliders and a military band salute.

Special setups for veterans have also been installed, including a mobile Vietnam war memorial, a daily lapel pin award, and living history speakers to speak on their experiences. The last show is today, so don’t miss out!