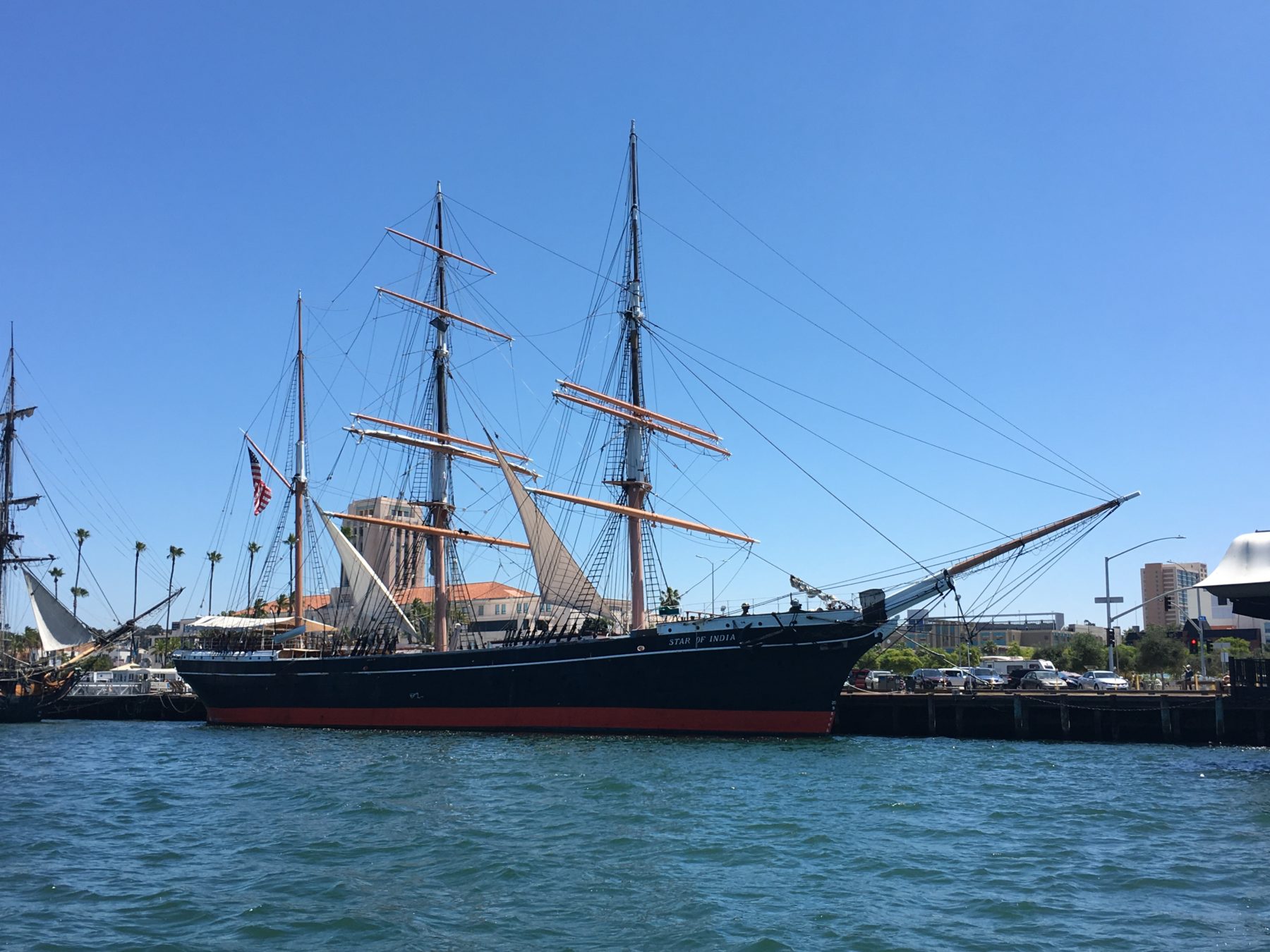 For our next Feature Friday, we’ll highlight the Star of India, a beautiful 19th-century sailing ship that is the jewel of the San Diego Bay and an integral part of the San Diego Maritime Museum.

Originally built in 1863 and commissioned as the Euterpe for a British merchant company, the vessel was renamed Star of India in 1906 after being sold to merchant companies in the United States for voyages between California and the Pacific Northwest.

The Star of India was retired from active sailing in 1923, and in 1926, the Zoological Society of San Diego acquired her to be the feature of a new aquarium and museum project. Due to the Great Depression and the Second World War, the project was delayed until Captain Alan Villiers, an author and sailing captain, came to San Diego and revitalized the restoration efforts in the late 1950s.

The Star of India was finally put to sea again in 1976 and has since been hosted by the San Diego Maritime Museum in San Diego Bay. A volunteer crew of Maritime Museum members still sails her at least once per year. One of Star of India‘s most celebrated functions is the hosting of thousands of schoolchildren every year in an immersive “Living History” overnight program.