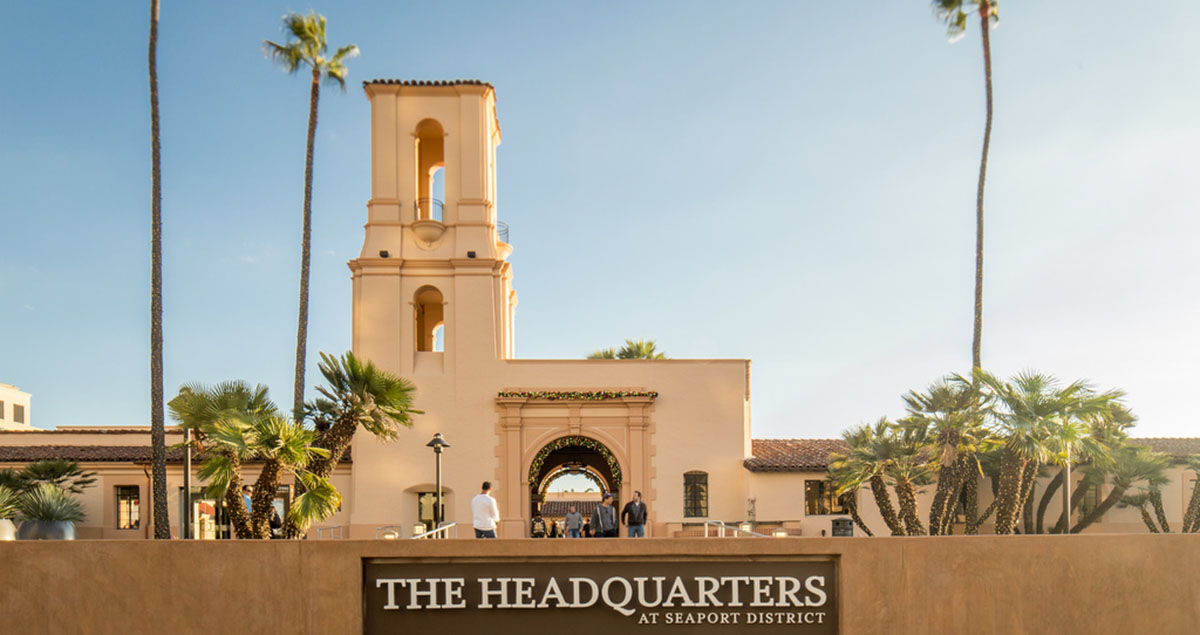 For this week’s Feature Friday, we’ll explore The Headquarters, a San Diego landmark that is quickly becoming one of the most popular shopping and dining venues in San Diego.

The Headquarters was originally constructed in 1939 as the headquarters of the San Diego Police Department. The building itself is considered an architectural masterpiece, successfully blending together several architectural styles of the era, such as Spanish and Mediterranean revival. In 1998, 11 years after the SDPD moved out, The Headquarters was placed on the National Register of Historic Places.

Today, The Headquarters at Seaport, as it has been renamed, is full of shops and restaurants. Guests can delight in offerings ranging from beach shops to fine art galleries. Fast-casual eateries such as HI Poke and Gelato Paradiso tempt taste buds alongside more elegant options such as Eddie V’s.

The beautiful urban gardens on site remain a staple of downtown sightseeing. Additionally, The Headquarters hosts a recreated 8-cell jail block, with museum-style exhibits on the history of the SDPD and policing.

Stop by The Headquarters next time you are in downtown San Diego. And if you’re looking for a different view of the San Diego skyline, hop aboard one of our Signature Sailing Tours, departing several times a day!