Did you know that the first day of Summer, June 21, is actually the longest day of the year? It is actually a cosmic event called summer solstice! 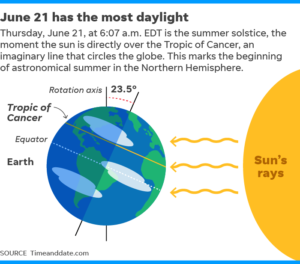 June 21 marks the 2018 winter solstice for people south of the equator, so people in Australia will experience the shortest day of the year and the start of winter.