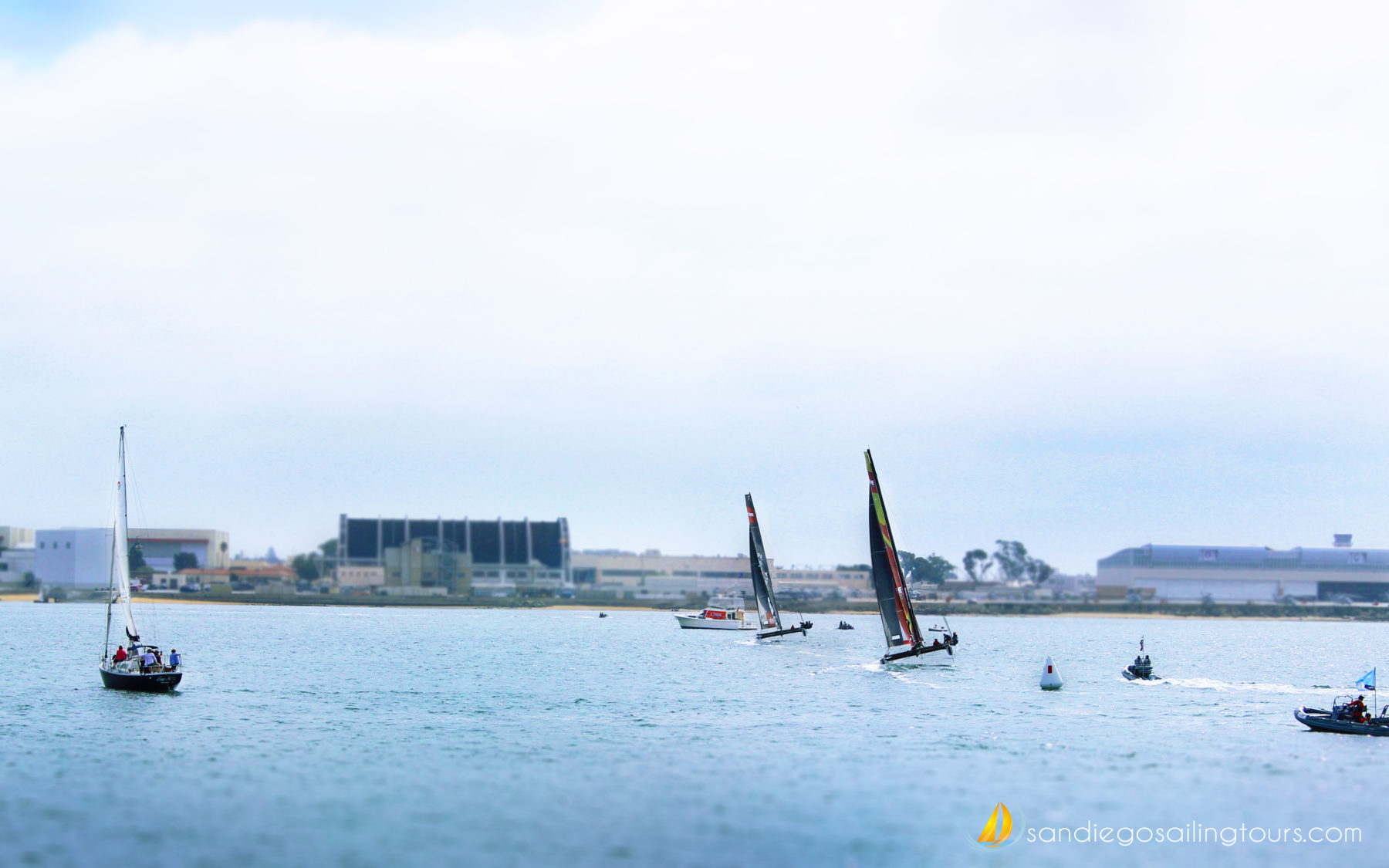 Yesterday our guest got some from row action to the Extreme Sailing Races, as they were zipping along the Bay. Our featured image captures that moment, Lei Aloha sailing on the left. On the right, you’ll see the two of the several competing Catamarans tilting around a buoy. Teams are competing around the world, not only with athletic Catamarans but kiteboarding as well. So if you were planning on sailing with us this weekend, you’ll be lucky to catch the races and get as close as ever!

Check out Thursday’s blog to see a listing on the timed events, such as the opening ceremony and the award celebrations. We’re excited to be so close to the action, get a chance before it’s gone this weekend!