How do Sailboats Work: Part 1 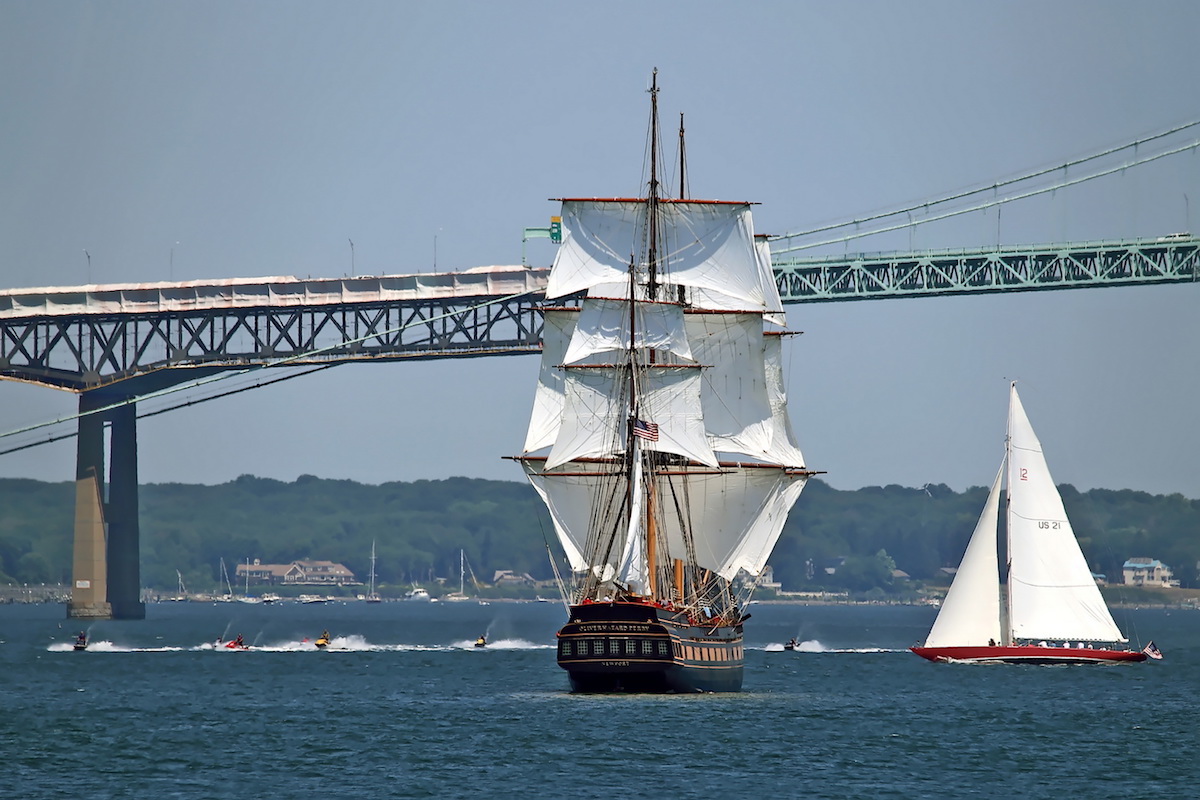 As I’ve mentioned in previous blogs, I am excited to be a new crew member here at San Diego Sailing Tours. It is a great experience to be around a bunch of professional, licensed sailing captains with decades of experience sailing. Our captains have experience sailing (multiple times) clear across the Pacific Ocean, making sails, working on sailboat engines, and much more.

This, as well as starting to spend a lot of time around our marina & docks, has got me started thinking… how do these vessels actually work?

I understand that the wind will push an object from behind. It’s easier to walk or run with the wind than against it, so I get how the wind could push a sailing yacht forward, so long as it’s going with the wind. Old sailboats known as “square-riggers” used this scientific fact. They were very good at sailing with the wind, but wouldn’t do very well in other directions or bearings.

Modern sailing craft, like the sailing yachts owned & operated by San Diego Sailing Tours, can sail in pretty much any direction, except directly into the wind. As I researched this topic online, I ran into a couple examples that helped me understand this a lot better:

– A train on its tracks: the train can be pulled from the front, or pushed from the back, but what if you attached a strong rope or chain to the front of the train and pulled forward, but from an angle (say, 45 degrees or so)? Either way, the train would begin moving forward along its track. In a similar way, a sailing yacht’s sails will pull the vessel forward “along its track”, whether the wind is coming from directly behind, or from one of the sides of the vessel. On a sailboat, I’ve learned, the “track” is called the “keel”, and it’s essentially an extra wing/sail or two on the bottom of the vessel, submerged underwater.
– An old example of how sails, themselves, work is to curve a piece of printer or writing paper by tightly pulling it along the edge of a hard surface, like a desk. You then hold the paper, so it’s drooped over, in front of your mouth. As you blow a sufficient amount of air atop the paper, amazingly, the paper will actually lift. Try it yourself; it’s pretty cool!
– An airplane and a watermelon seed: Modern sailboats work, in a way, like an airplane turned on its side. On top of the watercraft, the sail(s) act like a wing, creating forward-moving force, and on the bottom of the vessel, there is another “wing” that also creates forward-force, albeit in the water. As for the watermelon seed, when you squeeze a watermelon seed between two fingers, it will eventually “pop” out, and forcefully be ejected away. In this analogy, the two “fingers” are the force generated by the keel & sails (the two separate “wings” of your modern sailing vessel), and the watermelon seed is, of course, the vessel itself.

As I hang around here at San Diego Sailing Tours for longer, I’m sure that I’ll learn more-and-more about how sailing yachts work. Who knows? I might eventually be sailing one of them myself, one day.