Nautical Jokes Sure To Put A Smile On Your Face! 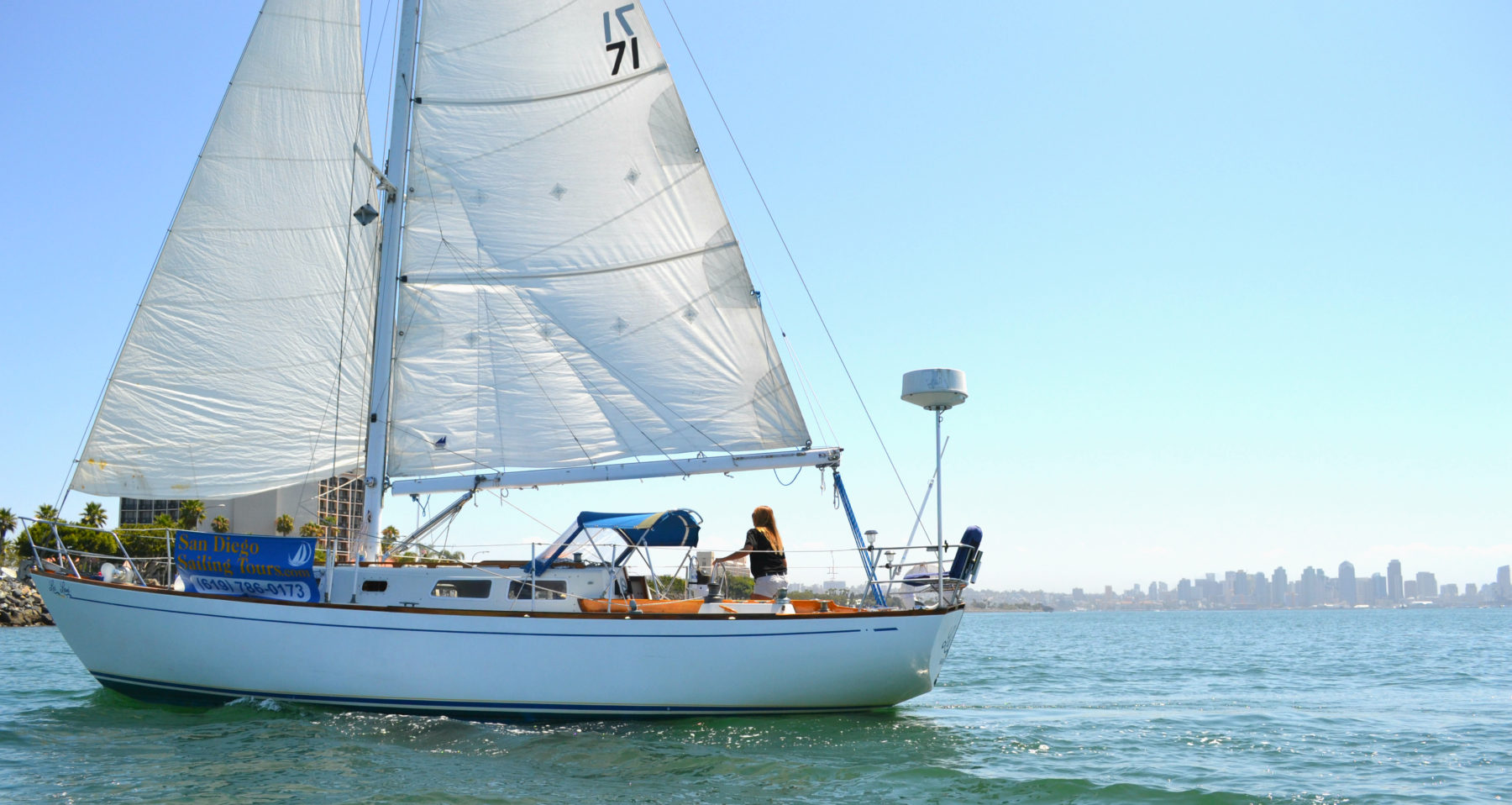 At San Diego Sailing Tours, we take sailing seriously. Although we go through painstaking measures to ensure our yachts are kept in pristine condition and that our guests are happy, we are definitely not lacking in the funny department.

Whether it is a two hour Sunset Sail or a 4-6 person Private Yacht daytime Charter Sailing excursion, our captains always have the funniest (and puniest) sailing jokes around! So in the spirit of comedy, we have decided to get together some funny nautical jokes for you to read before you Discover Sailing On The San Diego Bay.

1.) Two people are out sailing when suddenly a hand appears in the sea.”What’s this?” asked the skipper,

“It looks as if someone is drowning!”

2.) Nervous first timer to skipper. “Do yachts like this sink very often?”.

3.) An old sea captain was sitting on a bench near the wharf when a young man walked up and sat down.

The young man had spiked hair and each spike was a different color…. green, red, orange, blue, and yellow.

After a while the young man noticed that the captain was staring at him.

“What’s the matter old timer, never done anything wild in your life?

The old captain replied, “Got drunk once and married a parrot. I was just wondering if you were my son!”

4.) A magician was working on a cruise ship in the Caribbean. The audience would be different each week, so the magician allowed himself to do the same tricks over and over again. There was only one problem: The captain’s parrot saw the shows each week and began to understand how the magician did every trick. Once he understood he started shouting in the middle of the show:

“Look, he is hiding the flowers under the table.”

“Hey, why are all the cards the Ace of Spades ?”

The magician was furious but couldn’t do anything; it was, after all, the captain’s parrot.

One day the ship had an accident and sank. The magician found himself adrift on a piece of wood in the middle of the ocean with the parrot, of course. They stared at each other with hate, but did not utter a word. This went on for a day, then another, and another.

After a week the parrot said: “OK, I give up. What’d you do with the ship?”