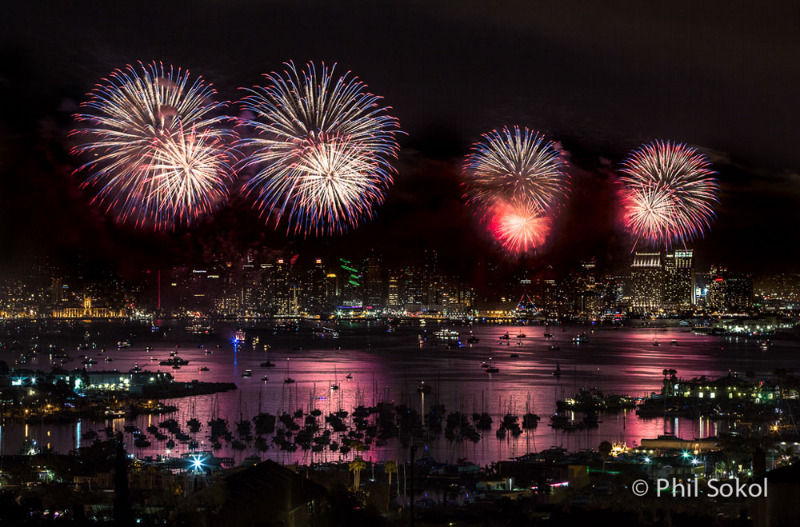 The 4th of July is one of San Diego’s favorite reasons to celebrate. While San Diego is known as a premier vacation destination, we also boast a large military community. San Diego is home to some of the nations best fireworks displays, the largest of them being The Big Bay Boom Fireworks Show which takes place on the San Diego Bay. 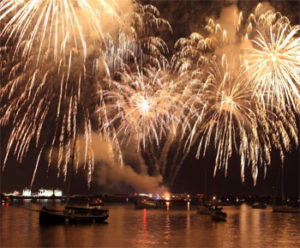 Four Barges in different locations on the San Diego Bay begin to launch a spectacular display of lights starting at 9pm. Sponsored by the Port of San Diego Experiences this event is sure to thrill the whole family. In addition to the visual display there will be a music broadcast on The Mighty 1090 and Max FM 105.7 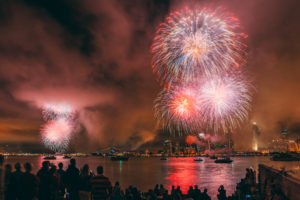 An estimated 400,000 people will come to enjoy the Big Bay Boom. The city of San Diego has provided plenty of options for parking or alternative transportation.  However, if you prefer to avoid the crowds there are plenty of viewing options. 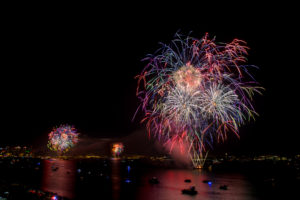