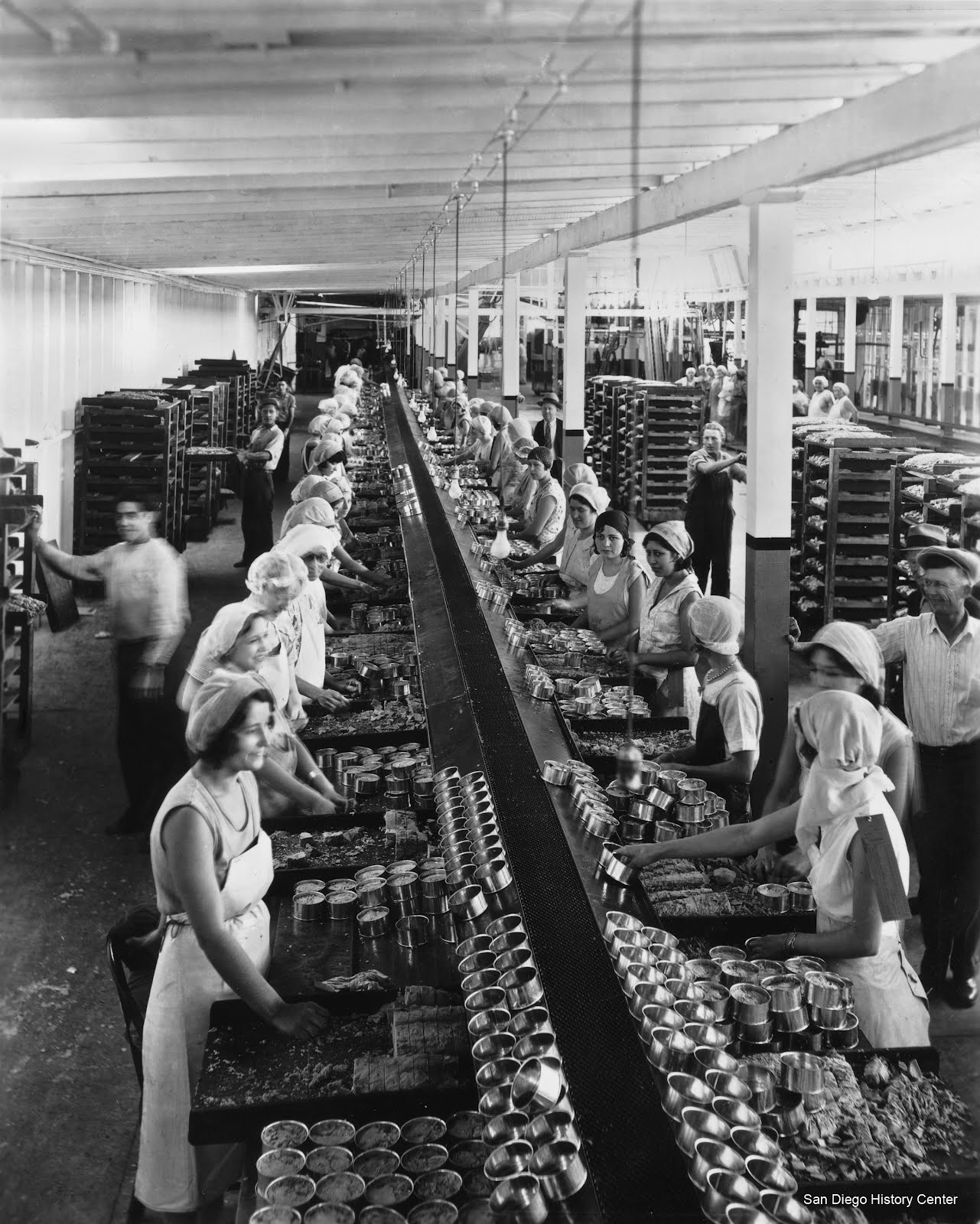 Fifty years ago, Tuna was San Diego’s third-largest industry, next to the U.S. Navy and the aerospace industry. From the 1920’s to the 1950’s, tuna sailed into San Diego bay’s “Cannery Row” for canning & distribution throughout the Country. America’s Finest City was actually referred to as the “Tuna Capital of the World”.

Pacific Tuna Canning Co. was the first Tuna Company in San Diego and it was it was then followed by many more canneries, including Bumble Bee. At its climax, San Diego’s tuna industry employed over 40,000 San Diego residents.

The Tuna industry suffered a sharp decline after it was targeted by environmentalists & 1972’s Marine Mammal Protection Act.

The former cannery buildings have been replaced with San Diego’s Maritime Museum, the USS Midway museum and other tourist attractions.