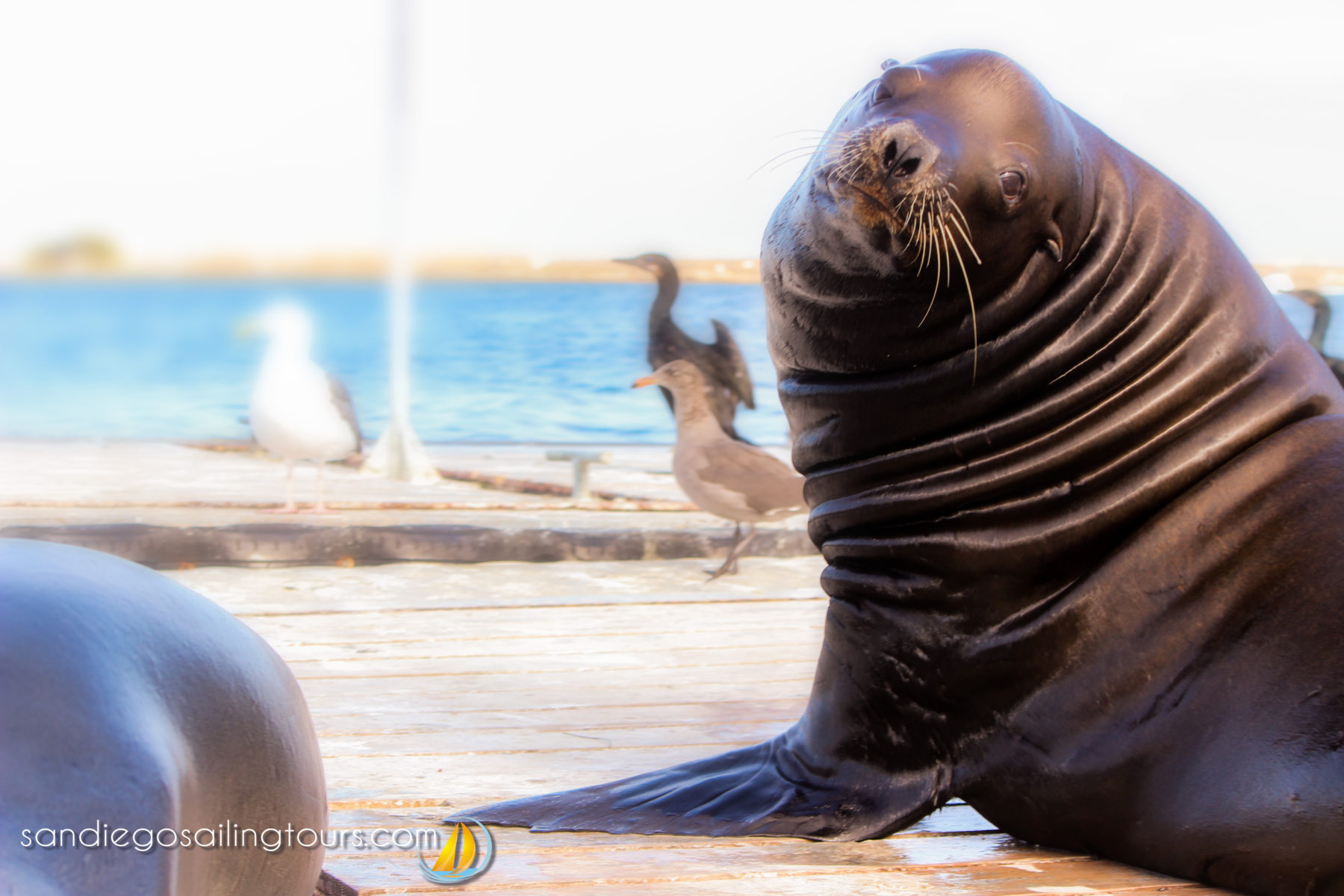 In 1972 the Marine Wildlife Protection Act was passed and set measures for protecting wildlife along the coast. Since this law has been in effect, sea lions and seal populations have dramatically increased. These beautiful animals certainly make friendly neighbors to sail pass on our cruises.

Both Sea Lions and Seals are part of the pinniped family, and while they share many similarities, they are both very different. Like our featured photo, Sea Lions are brown and dark colored, much larger than seals, contain little ear flaps, have large flippers, and bark very loudly. Seals on the other hand, have more of a tail rather than legs they can walk on, tend to be smaller, lighter in color, and no visible ear. Both are considered marine mammals, having evolved from a land creature that was bear-like and adapted themselves for the cold ocean and deep diving.

The Marine Mammal Care Center of Los Angelus is hosting an event this Saturday to discuss the proper care of these animals for when they invade human spaces such as fishing boats. The emphasis will be on furthering cohabitation between our species, and how to properly care for animals who will not leave or may be injured. Organizations such as MMCC conduct rescue, rehabilitation, and release programs for sea mammals, and host regular events and volunteering programs.