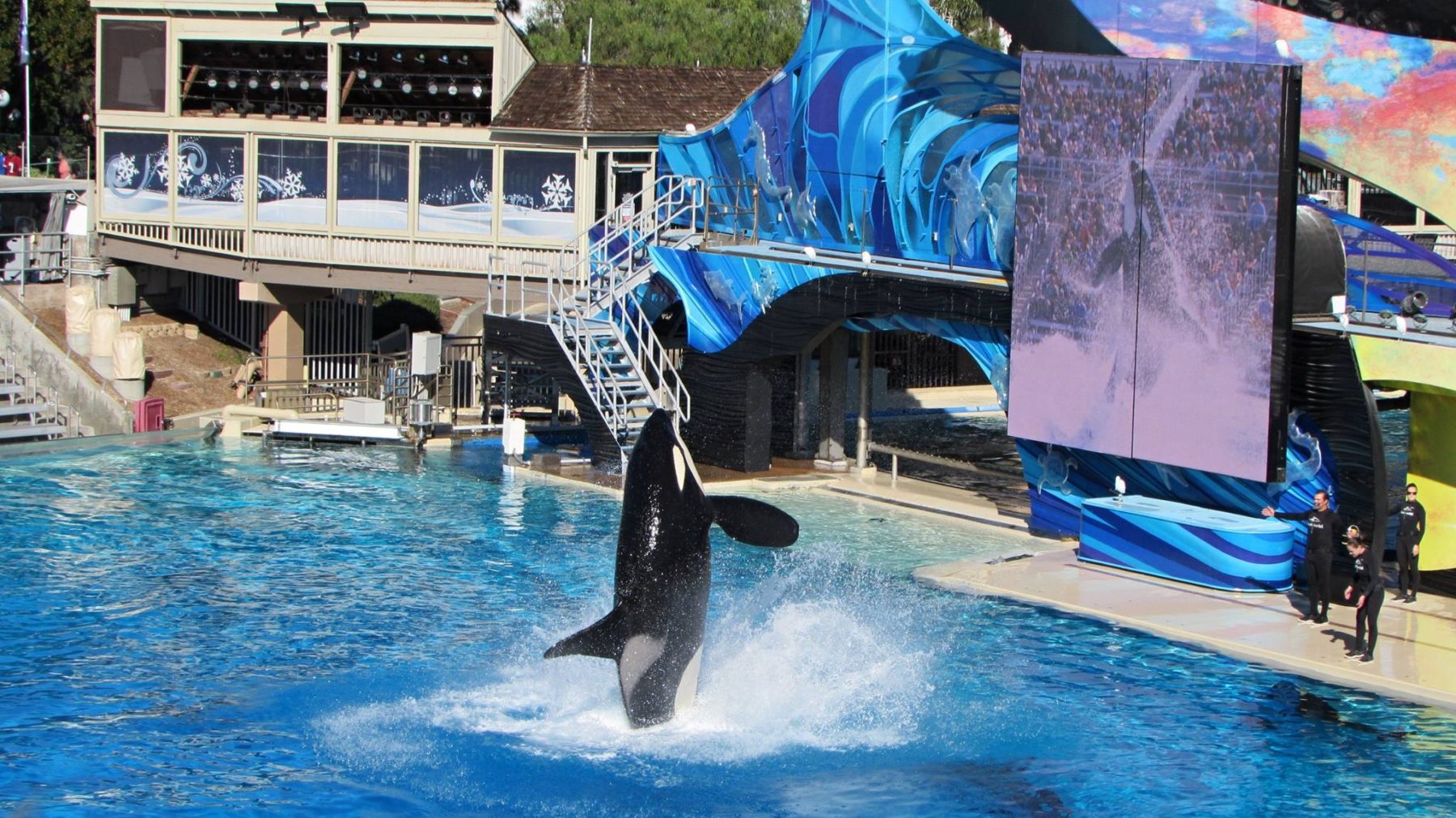 I have some vague memories of visiting Sea World as a child. Specifically, the “Shark Encounter” exhibit, which features sharks and other fish swimming over your head, and all around you, in an underwater viewing tunnel, as if you are swimming with them.

As a newer San Diego resident (I moved down here from Los Angeles a couple years ago), I wanted to make a point of visiting Sea World as an adult. My timing was great, as I was able to catch one of the last Killer Whale (Orca) theatrical shows offered at Sea World’s San Diego location. The last theatrical Killer Whale show in San Diego was held earlier this month, on Sunday, January 8, 2017.

Sea World has announced that they have ended their Orca breeding program in San Diego, but the existing Killer Whales will not be relocated. Rather, Sea World: San Diego will be launching their Sea World: Orca Encounter exhibit/show in Summer 2017. The emphasis will be exhibiting the animals in as “naturalistic” a way as possible, since most people will not be able to see Killer Whales in their natural habitat. The whales will be on display, and there might also be an underwater viewing area. We’ll also get the see “the whale’s story come to life, on a giant infinity screen,” according to Sea World:

For your family’s next visit to San Diego, you can check out the Killer Whales at Sea World or consider viewing whales in their natural environment on a whale watching tour provided by San Diego Sailing Tours.

Here are some photos of my recent Sea World visit, that I took myself: