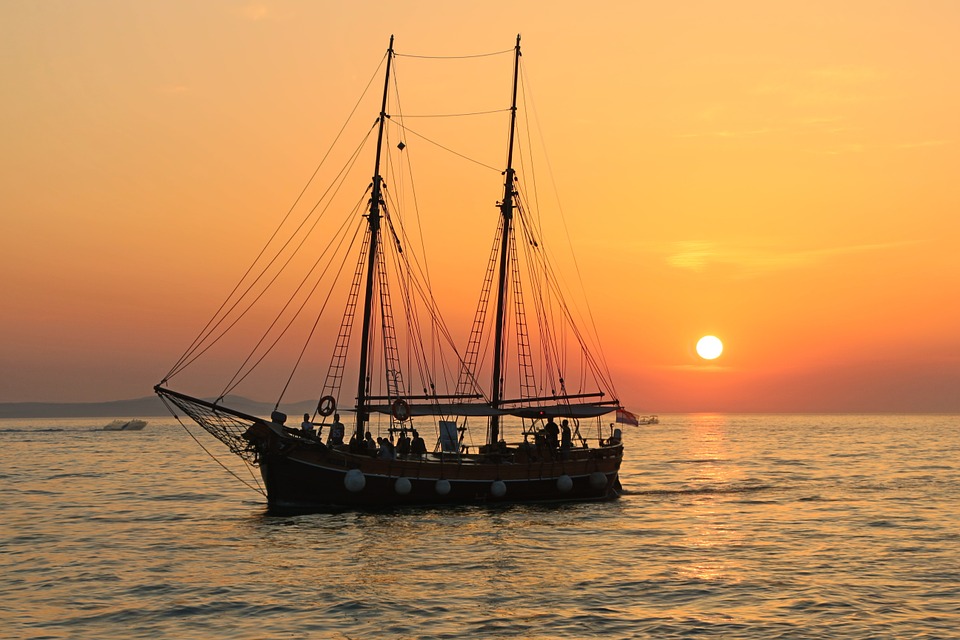 Many sailor myths and lore have survived throughout the centuries, as we moved from the Tall Ships that decorated our childhood fantasies to modern day maritime technology. In the day of GPS, satellite weather, and telecommunications do any of the old nautical rhymes have any truth?

You might be surprised at how many current sailors stick with old methods and superstitions.  And some of them even have a science behind it, before mankind understood light spectrum and atmospheric pressure.

The Rhyme goes “ Red sky in the morning, sailor take warning. Red sky at night, sailor’s delight.” This weather based rhyme might actually have some truth behind it. The slang originated in England, where weather conditions would be predicted from the West Oceans. Clear air would tint a red sky at sunset, but a red light at sunset in the west could be reflected by clouds and moisture in the air, bringing possible storms.

The saying goes “Rain at seven means fine by eleven.” Rainy days often come in a series of showers usually not lasting for more than 4 hours at a time.

Sailors took warning when they saw a ring casted around the moon. This visual speculation is often a result of ice crystals in the upper atmosphere, which could predict a storm coming.

Other superstitions were brought by the sheer paranoia that comes with the sea-faring trade. Often times sailors took many daily things that might represent death or storms very seriously. It’s the idea that human activity could tempt fate to either work in their favor or against it if they weren’t careful.

Tempting death could look like having empty coffins on board, because someone was sure to fill it. Bringing an umbrella could tempt a bad storm. However, nailing a horseshoe to the mast could bring good luck, or whistling could bring in a good breeze.

Our Captains here at San Diego Sailing Tours are experienced in their own ways with sailing and the history of San Diego. Next time you’re on a tour, don’t be afraid to ask questions you’ve always wondered!