This Sunday Spotlight brings us to a part of San Diego that is known as one of the most beautiful seaside towns in the world. La Jolla, meaning “the jewel” in Spanish, is one of the most sought-after neighborhoods in San Diego. Its peninsula creates La Jolla Cove, which was dredged in the 1950s to create a swimming area that has recently played host to many seals from the area. La Jolla is known for its stunning coastal locales, great restaurants, and luxurious homes and hotels. 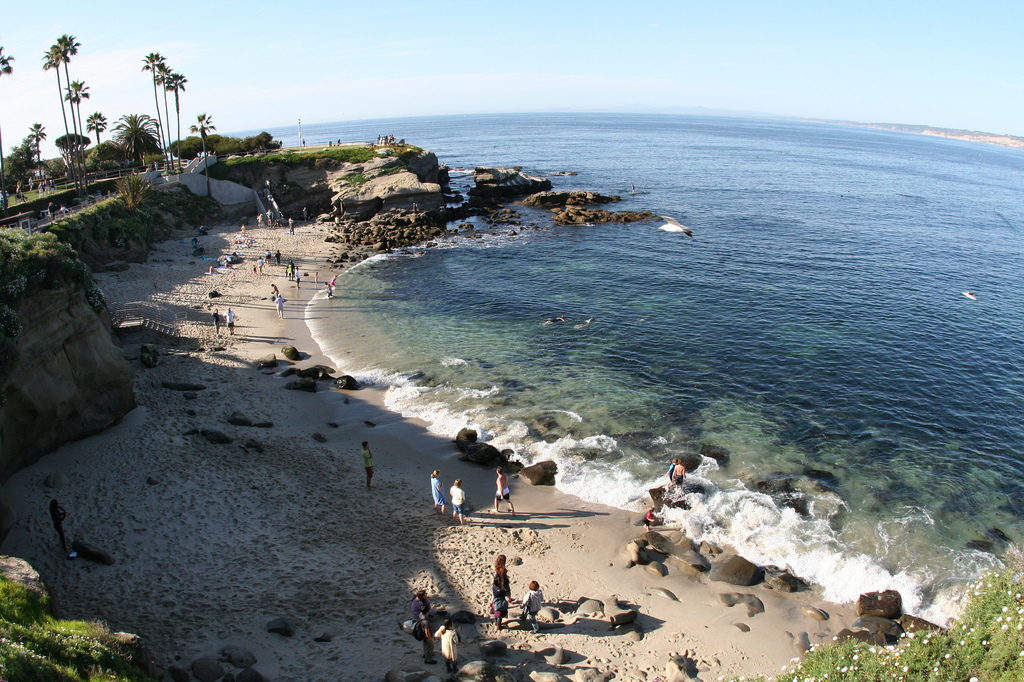 La Jolla Shores is the main beach in the La Jolla neighborhood, stretching the coastline north of La Jolla Cove up to Torrey Pines. There is ample space for many beach visitors, whether they are looking to surf, swim, or just enjoy the SoCal sunshine. The pier on the north end of the beach is perfect for casual fishing and taking in the view of the coastline.

La Jolla also has a downtown that is full of fantastic restaurants, bars, and art galleries that entertain many residents and visitors alike. Some of our favorites include George’s at the Cove, Duke’s, and The Cottage. Some of the best tacos can be found at Galaxy Taco, and gelato doesn’t get better than Bobboi Natural Gelato. La Jolla is a neighborhood that is sure to be a hit this summer in San Diego.