Way Back Wednesday: the U.S.S. Midway 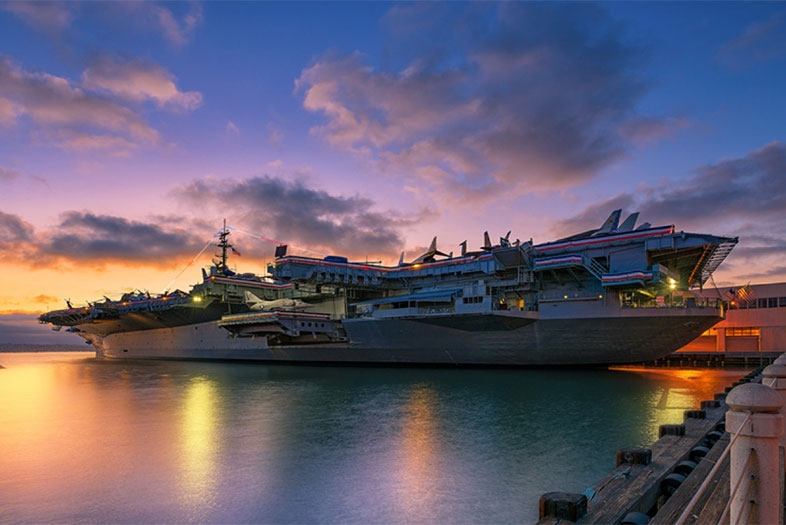 We’re taking this Way-Back Wednesday to explore one of the San Diego Bay’s top landmarks and historical attractions, the U.S.S. Midway. The Midway is a feature of the Embarcadero, docked right in the middle of Downtown San Diego. Today, the U.S.S. Midway Museum is a major part of San Diego and represents the history that the U.S. Navy has in America’s Finest City. 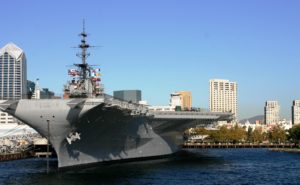 The U.S.S. Midway was launched in 1945 after the end of the Second World War, and would serve as an aircraft carrier in the U.S. Navy until its decommissioning in 1992. The Midway sailed as part of missions in Korea, Vietnam, throughout Southeast Asia, as well as in the Middle East and several around-the-world duties. Her last mission was as the flagship for Operation Desert Storm in 1991. 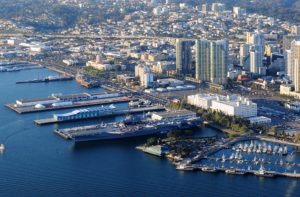 The U.S.S. Midway Museum remains a famed San Diego attraction that educates about on honors the U.S. Navy. Its prominence on the edge of downtown and on the San Diego Bay make the Midway an indispensable part of San Diego.